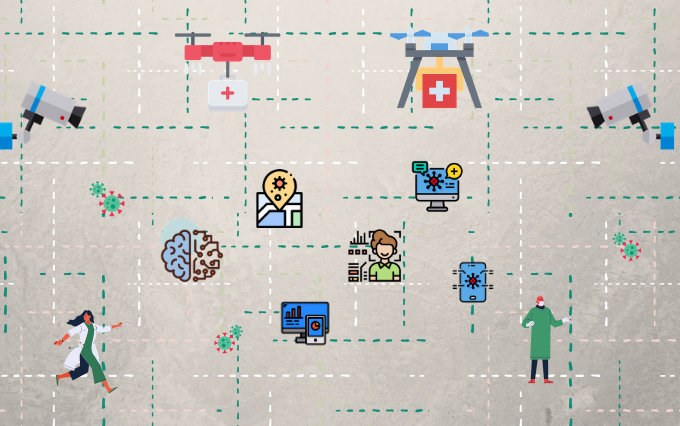 For those of us away from the epicenter of the coronavirus pandemic, behavior change began from chemist runs to buy sanitizer. About 3 months in, with precautions and anxieties rising, we’re compulsively refreshing coronavirus dashboards, social distancing, and packing our pantries.

With a rising death toll, analogies to dystopian apocalyptic times are surfacing. But, so are stories of our heroic front-line workers, global solidarity, quarantine creativity, and technological innovation. The first part of this blog is to understand technology as the boon, bane, and balm of these times. The second part is to delve deeper into the role of social media in this “infodemic”, and the third is to briefly assess the IT sector’s response to the crisis.

Computer modeling of the coronavirus’s spread based on airplane flights and travel data is helping epidemiologists (someone who studies the incidence, distribution, and possible control of diseases) predict where the illness will move next and how. Professionals performing infectious disease modeling across the globe are trying to ascertain how the disease will unfold so that governments may take apt precautionary measures and maintain accurate numbers. A model is however, as good as the data fed into it. Even with uncertain numbers, modelers are trying to work on critical issues like how many people are infected but symptom-less, increasing undetected numbers.

Other technological measures deployed in the time of corona are assessed country wise:

China is fighting against this public health crisis with its tech giants at the fore. There is news of new hospitals in Wuhan only staffed with robots. While many of these tech implementations are setting new healthcare practices, experts are deeming some as performative gimmicks and excuses for future mass surveillance by the authoritarian, press-controlling Chinese government.

Near the epicenter of the outbreak, entering public transport, one’s apartment or office, requires scanning a QR code which color codes the risk factor a citizen poses as red, yellow or green. This can be accompanied by writing down one’s name, ID number, temperature and recent travel history. This quarantine determination project is called the Alipay Health Code. It is an app developed for the local government of Hangzhou with the help of Alibaba’s sister company Ant Financial. It’s set to have nationwide implementation.

Neither Chinese officials nor Alipay have explained in detail how people are classified by the system. It is speculated that the compulsory app uses Big Data to identify potential carriers of the virus. The data can include stats sourced from transport agencies, health centers, and state-owned firms.

In cities under lockdown, drones are being used to transport medical supplies and patient samples. They can also be used to spray disinfectant across large areas. According to authorities the aerial tech is also an effective way to scan large crowds to spot if someone needs medical attention and warn those not wearing masks of repercussions.

Robots are doubling up as cooks, cleaners, and delivery to eliminate human contact as much as possible. An important function for robots at the front-lines is thermal imaging and basic diagnostic functions.

China has nurtured various self-driving, autonomous vehicle platforms such as Baidu’s Apollo. They are proving to be an effective system to cut out human contact and ensure efficient delivery of essential supplies.

Taking a closer look, the color code app and surveillance drones use Big Data and streamlined facial recognition technology at their core. China has a history of using such data and AI to keep tabs on its citizens. In this time of crises, the role has simply been streamlined to enforce quarantines.

As an after-effect of the attempts to curb the spread of COVID-19, another ailment is spreading in China; mass surveillance. The country could easily use the health crisis as a justification to expand its already vast surveillance system.

With the race to find a vaccine for the coronavirus underway, tech giants like Alibaba and DIDI are contributing their computing power to help hospitals perform diagnoses and possibly find a cure.

The U.S. government and public health experts are considering taking the help of private companies to aggregate anonymous smartphone location data to combat the virus. Talks are underway with Google and Facebook to track the infection. It could be a powerful tool to pinpoint the next hotspot or allocate health resources.

When COVID-19 reached South Korea, anxiety was coupled with a bout of coding. Multiple apps have come into existence which help track the spread by sourcing data from publicly available government information. A person using the “Corona 100m” app can determine their proximity to the coronavirus patient. The government is also distributing smartphone alerts about the movements of people who have tested positive.

Singapore has adopted a different method to tackle the pandemic. Thousands of people have imposed self-quarantine since the initial days of the outbreak. People required to isolate themselves are called multiple times a day and asked to click an online link to share their phone’s location. With officials successfully tracking infected individuals, this method proved to be effective. The Singapore police force is using CCTV footage to trace contacts and draw up lists of people who could be possibly exposed through interviews.

Iran’s official COVID-19 detection app “AC19” was removed by Google from the Play Store. Several users had accused the Iranian government of using the coronavirus as a means to scare citizens and tricking them into installing the app which was then used to collect phone numbers and real-time geo-location data. The most probable reason the app was taken off the Play Store was its misleading claims. It asserted that it could determine whether an individual had contracted COVID-19 or not. The app could not perform a diagnosis in any sense.

Israel is set to use its ‘anti-terror’ technology to counter the virus. Cyber monitoring would be deployed to track individuals who tested positive in real-time through their mobile phones to catch breaches in quarantine.

Social Media in a Time of Social Distancing

During a pandemic, there are two things we have to be vary of; the disease itself and the misinformation it creates. When every 2nd notification is an update or speculation about the virus, it becomes difficult to step away, and yet be aware. The sheer mass of posts has a tendency to fuel fear and racism, yet also hope.

On the one hand there is the problem of rumors and fake news, but on the other there is a paucity of information and the issue of censorship by authoritarian governments. Both construct dangerous false narratives. Stringent responses are being taken for each situation, but for very different intents:

The World Health Organization (WHO) in a situation report dated 2nd February 2020, coined the mass of information as an infodemic.

“The 2019-nCoV outbreak and response has been accompanied by a massive ‘infodemic’ — an overabundance of information — some accurate and some not — that makes it hard for people to find trustworthy sources and reliable guidance when they need it.”

To curb this peril, Google has scrubbed its searches in an attempt to remove misinformation. A simple Google search now triggers an SOS Alert with links from reputed news organizations. It also brings up a “Help and Information” section with resources from local governments and the WHO. Google also blocked thousands of ads capitalizing on the virus. Similarly, Facebook banned listings of medical face masks on its marketplace due to the exorbitant prices they were being sold at. YouTube also removed a host of hoax videos and cure claims from their site. Ads have been removed from videos by verified accounts that are meant to inform and educate citizens.

On Chinese social media, information on COVID-19 is being tightly controlled. Censorship of coronavirus related content started from early stages of the outbreak and continued to expand. It blocked a wide range of speech depending on the platform. From personal accounts, warnings, criticism of the government and even officially sanctioned facts and information.

However, with the barrage of information shared by Chinese social media users, the government was pressured to put out more accurate numbers and official warnings. Some of the personal accounts by doctors and medical professionals that did get through the censors, gave journalists worldwide an idea of ground realities to monitor its progression.

Established models are being evaluated. Empty shelves in stores implies that the supply chain is being tested. Situation-based preference shopping is observed. Panic influenced buying patterns point to extreme mathematical models which AI and the IT sector are trying to solve. With millions of people working from home, the strength of online platforms is being tested, productivity channels are being rewritten, and techniques reworked. Some tech companies are playing their role in easing us into this interim lifestyle:

Here’s hoping dystopia remains just a popular Netflix genre and we emerge from this crisis with a lifetime of lessons. Don’t forget to wash your hands. 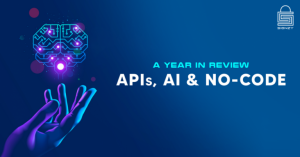 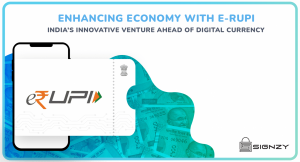