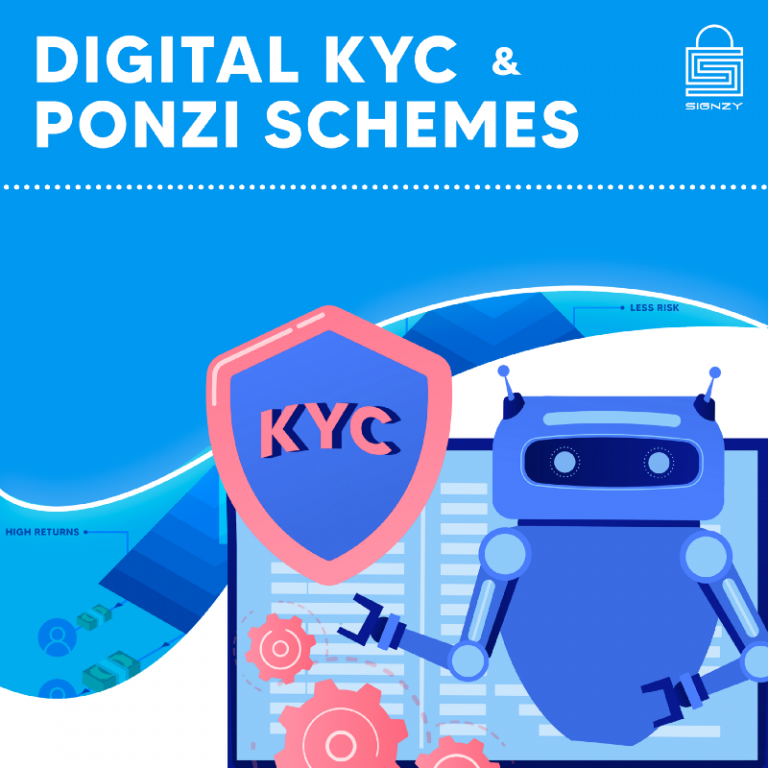 In the early 1920s, Charles Ponzi created one of the first Ponzi Schemes depriving people of their hard-earned money. After a century, similar scams are on a decade high in 2020. Over 60 alleged Ponzi Schemes with a total of more than $3 billion investor funds were uncovered last year alone. Few reasons for this hike were unsatisfactory KYC check, the pandemic and its aftermath.

The COVID-19 outbreak was a tragic and fearsome event. Unfortunately, many fraudsters thought this a good time to make some unethical profit. The vulnerability of people and their desperate financial state has enabled them to fool the people and take their money. Most of this occurred due to the insufficient and improper KYC checks on such fraudsters by regulatory bodies and financial institutions.

Numerous people fell prey to claims of low-risk high returns schemes and programs. This will not stop unless the authorities make strict regulations for the verification of individuals and enterprises. The fist of justice, though stern is not swift enough. Thus the responsibility falls on the entire financial sector’s shoulders. It is up to banks and financial institutions to have advanced modes of KYC checks for proper verification and affirmation of security.

If nothing is done to ensure better verification of customers with advancing technology, this new decade will be bleak from here on. Let us have a look at how the coming years can fight such fraudsters and how we could have done it before too.

Why Do People Confuse Ponzi Schemes With Pyramids Schemes And MLMs? 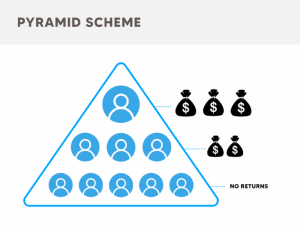 In the US, Ponzi Schemes and Pyramid Schemes are illegal while most Multi-Level Marketing(MLM) Schemes are considered legal and people are tricked into investing in the former illegal opportunities. One of the reasons for this is people misunderstanding Ponzi Schemes and Pyramid Schemes for MLM. MLM is a metamorphosed step in direct selling. In MLM, existing distributors recruit new distributors for a capital fee. They primarily sell products directly to consumers without moderators. If the major source of revenue is from selling products and not distributorship, it is legal.

If the business model enables major profit from selling distributorship and minimal product sale revenue, then it is classified as a Pyramid Scheme. This is illegal because, as the recruiting multiplies, it becomes incredibly difficult for new recruitments. This causes sufficient returns for early investors but the later ones are sure to experience monetary loss.

Prima facie, Ponzi schemes resemble Pyramid schemes since both promise high returns with no or low risk. But the mechanics are where the similarities end.

Ponzi Schemes center around fraudulent management services for investments. People invest in funds for ‘portfolio managers’ promising multiplied returns. When the investors demand their money back, incoming funds from new investors are used to pay them off. The early investors mistakenly believe that they have increased profits, while the later investors are outright scammed. The individual who sets this system up controls the entire operation. They exclude any real investments while transferring funds from client to client.

Bernie Madoff’s Bernard L. Madoff Investment Securities LLC is considered the most successful fraud company to pull off a Ponzi Scheme. It still holds up with $65 billion deceived from over 5000 clients. With advancing technology, Ponzi schemes and frauds are expected to rise in the coming decade with at least one to surpass the Madoff ceiling. 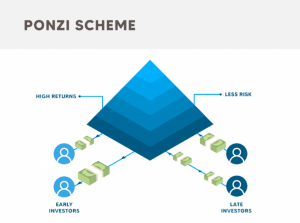 These technologies are used for automated workflow, identification, verification times, extract data from documents, and to reduce screening. Collecting and analyzing data with IPA and ML provides financial institutions with a more sturdy and instantaneous picture of the client. This is the crucial element in preventing frauds like Ponzi Schemes. The constant surveillance for illegal activities always renders the fraudsters less volatile.

Some aspects of Digital KYC that prevent Ponzi Schemes and other financial fraud include: 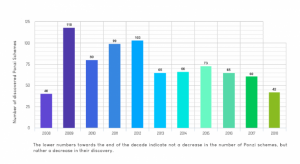 What Happened?- The SEC in January 2020 filed a case against Jeff and Paulette Carpoff, charging them for helming a $910 million Ponzi scheme. The money was obtained from 17 investors in California between 2011 and 2018. They used their solar generator companies to attract investors. But they did not manufacture even half of what was promised. The lease payments committed to early investors were obtained from later investors. The additional money was used for their lavish lifestyle. This included a sponsorship deal with Chip Ganassi Racing for a NASCAR Xfinity Series. Later the couple pled guilty.

How Could It Have Been Prevented?- The financial institutions involved did not conduct proper KYC check and other verification processes with this company in the beginning and when it added new investors. If they had, better transparency could have been maintained and the investors could have seen the scam from afar. The reason cited by the banks for the lack of this diligence was the impracticality of manually attending each investor and company for verification. A digital approach would have created a faster and reliable verification procedure. In essence, a scam like this could have been prevented to an extent with methods like Digital KYC.

What Happened?- In the winter of 2017, The U.S. Securities and Exchange Commission (SEC) charged Woodbridge Group of Companies with a US$1.2 billion Ponzi scheme. It was helmed by Robert H. Shapiro. Woodbridge and 236 related LLCs filed for bankruptcy on December 4, 2017, in the Delaware Federal Court. This occurred amidst the absconding of relevant position holders and an ongoing investigation. More than 8400 investors fell prey to Shapiro’s scam. Due to the Bankruptcy declaration, these investors received zero returns as opposed to the 5 to 10 percent promised in the beginning.

How Could It Have Been Prevented?-The lack of sufficient financial checks on the individuals involved in the Woodbridge case is evident. Verifications on financial data could have prevented this. Even after the Government setting up federal portals, financial institutions are not using them to their maximum potential. With Digital KYC verification this could be changed and a more diligent form of verification could be introduced. It is high time banks and organizations accept this.

What Happened?- A relatively smaller scam by Burton Greenberg and Bruce Kane in the state of Florida is worthy of notice. The fraudulent scheme ran for nearly a decade but came to a halt after the FBI arrested them on October 7, 2015. The scam operated with the name “Global Financial Fund 8, LLP”. They obtained millions of dollars from investors. It was used for personal expenses while they were assured safety of investment. Much of the money was found in institutions overseas including Turkey, Switzerland, and Italy. The two were sentenced to prison in 2016 after more than 9 years of scamming people.

How Could It Have Been Prevented?-Such individual and nuclear cases of Ponzi schemes mostly go unnoticed due to their lesser magnitude. But in time multiple of these add up to a great extent and can cause major crises- let us all not forget 2008. With diligent inspection on entry, such fraudsters, especially ones with previous records could easily be identified. Soon enough in the next decade, these fraudsters are going to use advanced technology to trick institutions and individuals. It is only sensible to upgrade the existing systems KYC check to meet such demands.

Ponzi Schemes are no new ideas. Fraudsters infuse technology to this brilliantly vice idea and seem to have no intent to stop it anytime soon. But we can’t let the public be the victims. Necessary measures need to be taken for safety. As always, nipping the problem in the bud is the most advisable solution. This requires authenticating the customers and the organizations. For this, using technology is not just a brilliant strategy, but an unavoidable one.

The financial sector has always adapted to technology swiftly. Even government bodies in this sector are keen on upgrading their security and processing. Since Ponzi Schemes and other financial frauds are projected to increase, necessary steps need to be taken. Digital KYC is one step towards this.

It is time the individual institutions in the sector acknowledge this and adapt. This will keep them stay ahead of the curve. The reluctance expressed by banks and financial organizations are understandable but rebounding. An early adaptation to technology like Digital KYC will only benefit them. 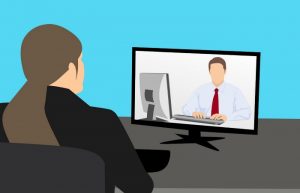 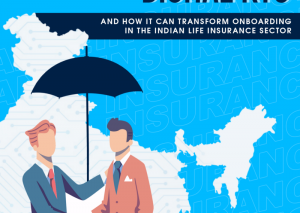 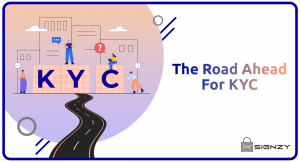