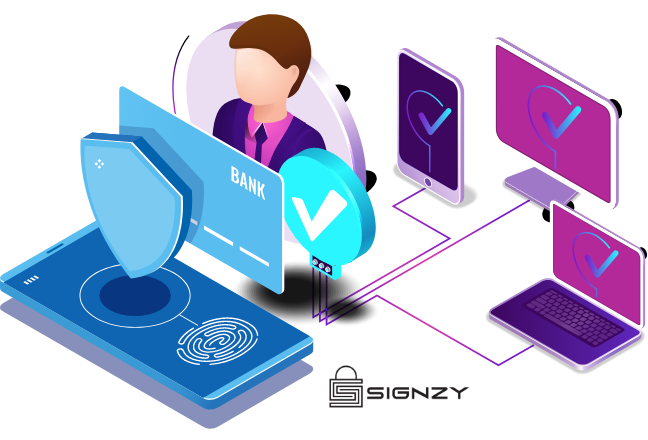 Digital KYC verification has made CASA banking really simple. Let’s understand how….
A current account savings account (CASA) is a combination of the features of savings and current accounts. It enables customers to keep their money in the bank. It provides very low or no interest on the current account. For savings accounts, banks provide an above-average rate of interest.. A CASA functions like a normal bank account where funds may be withdrawn at any time.

Most banks provide CASAs to their clients for free. In some cases, a small fee may be levied, based on certain minimum or average balance requirements. A CASA tends to be a cost-effective method for a bank to raise money. This is a more suited alternative to issuing term deposits like fixed deposits (FD). FDs offer higher interest rates to customers.

Financial institutions prefer the use of a CASA as it generates more profits. The interest paid on the CASA deposit is less than on a term deposit, the bank’s net interest income (NII) is higher. Thus, CASAs can be an effective source of funding for banks.

Banks and regulators have focused on eradicating terrorist funding and money laundering. The objective is to prevent financial terrorism related activities. It’s impossible to transfer funds around the world and within a country without using a financial institution. As such, banks have increased their efforts to prevent, detect and report suspicious transactions. These include financial transactions that are connected with money laundering and terrorist financing. Digital banking KYC verification is a critical component to anti-money laundering efforts.

Need For KYC In CASA WorldWide

As per RBI regulations on KYC, the objective of KYC/AML-CFT guidelines is to protect banks or Financial Institutions (FIs). This prevents them from being used by for money laundering or terrorist financing activities. KYC procedures also enable banks and FIs to know and understand their clients. This helps in their financial dealings better, and so manage their risks prudently.

KYC is a fundamental part of the banking process. KYC regulations are non-negotiable and non-optional. This applies to retail banking as well as corporate banking,

The KYC process in banks is elaborate and time-consuming. This is because it involves a lot of documentation, compliance checks, and background verification. The process can take 2–3 weeks to be completed and also imposes an enormous cost to banks and FIs.

Although it is a legal mandate for banks and FIs, conventional KYC methods provide a miserable experience for customers. Banks and FIs have switched to technology to enhance the KYC processes. Ideally, customer interaction and contact is barely needed for KYC. This is due to the fact that most data are available on the public domain. Asking the customer to submit the same data inevitably delays the process.

In 2016, the U.S. government passed a rule which mandates banks to verify the identities of beneficial owners of legal entity clients. These include corporations, LLCs, partnerships, unincorporated non-profits and statutory trusts. Beneficial owner information is necessary for an individual. This is applicable for individuals with an ownership stake of 25 percent or more equity interest.

If you’re a beneficial owner of a legal entity, the following personal information must be furnished that includes:

Banks and other financial institutions must procure this information. This is because it’s a regulatory compulsion. It attempts to prevent, detect and report money laundering and terrorist financing activity.

For instance, while opening a new account and collecting key KYC information, a bank may find through open source record checks that an individual/business had defrauded innocent investors previously, or was part of a global criminal network. This information may hint that this potential client could be an elevated money laundering risk.

Over the past few years, there have been several high-profile cases of alleged money laundering. These have increased the attention of the general public and regulators alike. This has subsequently been a result of the penetration of illicit funds and fraud into European societies. Existing AML requirements are continuously adjusted to better prevent such tactics.

The evolution of customer expectations is adding higher imposition on organizations. Delivering seamless, fully digital and mobile experiences is becoming compulsory. The unprecedented situation that has been inflicted by the coronavirus pandemic in 2020 is an added setback. This is also setting new standards on the pace of digital transformation in KYC compliance.

To address these challenges, the EU has introduced a number of more stringent financial regulations over the last few years. This is to potentially tighten the enforcement powers across the bloc. — the European Commission’s Action Plan released in May 2020.

The extensive penetration of money laundering practices can be seen in European societies. News stories such as the Panama and Paradise Papers is critical in this context.

A number of regulations have been mandated to address the general issues. This is done on the basis of the challenges which the financial sector had undergone for the previous ten years. In particular:

KYC Methods In CASA For Banks

For framing KYC policies, banks must follow the RBI guidelines. Every bank, has to consider the following major aspects:

To make sure that explicit guidelines are applicable to the acceptance of customers.

To efficiently identify the customer. This helps to verify his/her identity. This can be done with reliable, independent methods of documents, data or information.

c) Monitoring of Transactions– This policy observes the standard activity of the customer. It can then mark transactions that fall outside the regular pattern of activity.

As part of the Know Your Customer policy, a Customer/user may be defined as:

The immediate benefit of a paperless form of KYC is the decreased costs for performing KYC. Video KYC brings in the additional benefit of being completely remote. This is because digital KYC still requires a visit either to the customer’s doorstep or a touch point.

Video KYC in particular thus presents a significant advantage for achieving scale. It has become a crucial factor in the success of fintech initiatives for financial inclusion. This is primarily because it delivers a cheaper method for achieving compliance even in remote locations.

Several fintech companies have introduced new-age digital identity and authentication technologies. They serve the purpose of KYC compliance. These utilize Artificial Intelligence, Blockchain and cloud-based API technology, among many others. Some of these have already been applied in other sectors, like the use of digital KYC verification to open mutual fund accounts.

The amount of data and related analysis projects a scope for new ways in which the data can be leveraged. Some instances include:

The scope for innovation has huge potential. It is a primary reason why the RBI’s regulatory sandbox has specified a focus on digital KYC technology. For starters, the Reserve Bank Of India should mandate digital KYC to become remote as well.

In the US, KYC started with the introduction of the Banking Secrecy Act (BSA) in 1970. This act was developed to control drug trafficking by keeping an eye on black money transactions. Subsequent AML regulations were developed on the basis of BSA in 2001 in the form of the USA Patriot Act which was implemented in 2003.

Later, following BSA, many other regulators introduced KYC and AML Regulations. This was done on regional and international levels.

Regulatory Authorities Around the Globe for KYC

FATF (Financial Action Task Force) is a global authority. It gathers and analyzes money laundering and terrorist financing data from across the globe. It gives regulatory guidelines based on its findings. It has 190 member countries.

FinCEN (Financial Crimes Enforcement Network) is a bureau of the USA treasury department. It collects the financial transactions data. It uses this data for financial crime mitigation and international level.

FINTRAC (Financial Transactions and Report Analysis Center) is a regulatory authority in Canada. It analyzes the financial crime data and works on the detailed implementation of KYC and AML rules in Canada.

FINMA is a financial regulatory authority in Switzerland. It oversees banks, insurance companies, stock exchanges, etc. The authority oversees KYC/AML regulations. This applies to all the institutions liable for regulatory compliance.

Europol is a EU authority that works on anti-money laundering and mitigation of financial crimes like terrorist financing.

Canada introduced changes to its KYC and AML regimes to collaborate with the global regulations of FATF. It amended its PCMLTFA rules. FinTRAC, is responsible for the nationwide implementation of these rules. Digital KYC will be conducted in the manner of scanned copies of documents that can be used for KYC verification of the customers.

The USA expanding its Counter-Terrorism Powers

The USA has transformed its KYC rules to combat increasing money laundering and terrorist financing. It expanded its counter-terrorism powers. It now targets international financial institutions around the world. These culprits are responsible for aiding the terrorist groups working in the U.S. Recently it filtered three Korean groups. These are namely, Bluenoroff, Lazarus Group, and Andriel. They were responsible for the global cyber attacks on financial institutions.

The UK introduced amendments to its KYC and AML regulations to expand on an international level. The Money laundering Act (MLA-2017) allowed UK-based businesses to practice the MLA rules in their international affiliates.

The EU 5AMLD and 6AMLD

The EU introduced its Fifth Anti Money Laundering Directive (5AMLD) in 2018–19. 5AMLD limited the transaction and deposit limit on the prepaid cards. If the card holder will deposit or make a transaction of above EUR 150 the prepaid card provider will have to run KYC and AML on its customers. The amount is EUR 50 for online transactions.

6AMLD is an improved endeavour to normalize AML/CFT regulations in the EU region. 22 predicate offences are provided in the official journal of 6AMLD.

At Signzy, we have developed 2 proprietary Digital KYC products. They offer the perfect solution for onboarding savings and current accounts — Real KYC & VideoKYC. Here are some benefits:

Future of Video KYC (..and the past) 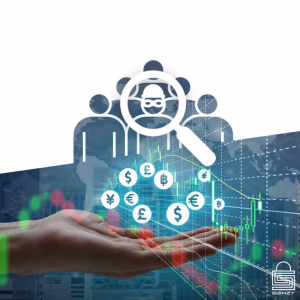 The Fincen Papers Incident & How KYB Could Change The Financial World 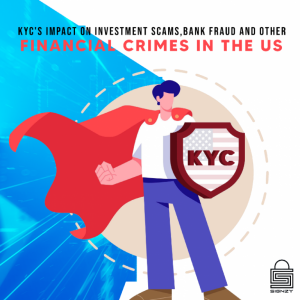 KYC’s Impact On Investment Scams, Bank Fraud, And Other Financial Crimes In The US