Fintech startups have been desperate for modifications to the KYC to make it easier to onboard customers remotely. In a statement from RBI, “Banks have been allowed to carry out online verification using Aadhaar identification of an individual who voluntarily uses their Aadhaar number for identification purposes.

For offline KYC, companies can capture customer details using a QR code or an XML-based process laid out by the Unique Identification Authority of India which manages Aadhaar- the biometric database of residents.

After this move, RBI has added ‘proof of possession of Aadhaar number’ to the list of OVDs (Officially Valid Documents).

Let’s explore in depth what this move means for the consumers and the financial institutions.

Why Use Aadhaar Offline Paperless e-KYC?

Through Aadhaar offline KYC, UIDAI provides a mechanism to verify the identity of an Aadhaar card holder through an online electronic service. This e-KYC method facilitates an authenticated instant verification of identity and substantially lowers the cost of paper-based manual KYC.

This method is usable by all agencies who have the following:

UIDAI maintains each KYC request in a record to carry out audits.

Here are a few reasons why offline e-KYC is the right move toward a digital future:

Any agency with the right infrastructure to support face identification using facial recognition, AI, and ML will be able to leverage this opportunity for its full potential to improve customer onboarding for remote customers.

How does Aadhaar Paperless e-KYC Work?

The following fields are included in the KYC data when customers download it:

Aadhaar offline KYC data is encrypted using a ‘Share Phrase’ given by the customer at the time of downloading data which they need to share with an agency for them to read and access that data.

Read on here to learn the simple steps of downloading and accessing Aadhaar e-KYC data.

The incorporation of offline KYC is a welcome step for fintech companies. However, some digital payment companies think the process is a bit complex compared with the biometrics or OTP based KYC that has been the present norm for authentication and validation.

Thus, companies believe the method could be difficult to scale.the guidelines, however, show a way to encourage mass adoption of offline KYC, in three steps:

Now, the payments industry is waiting for the incorporation of e-KYC norms for non-banks, concerning an order by the Department of Revenue on May 9. As of the current regulations, RBI prohibits e-KYC for any non-DBT (Direct Benefit Transfer or subsidy-linked) accounts.

For carrying out the customer identification of non-DBT beneficiaries, the REs should obtain a certified copy of any OVD containing the details of his identity and address along with one recent photograph.

Following the Supreme Court judgement on Aadhaar in 2018 and in order to address privacy concerns and limit data sharing,The use of offline KYC can surely be an innovative solution for identity verification wherein verification can be done without sharing biometrics or even Aadhaar number. 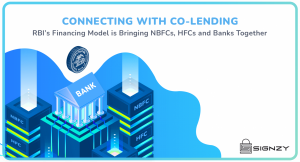 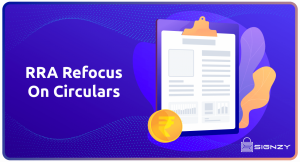